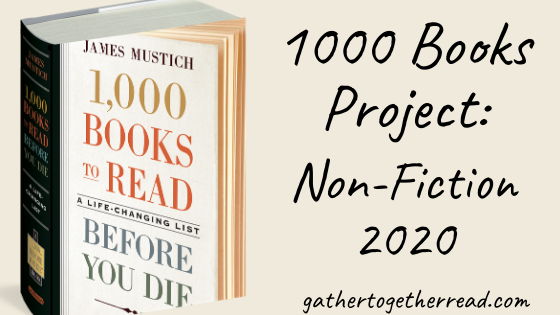 Finally! I know, I know. A week past what I said, but better late than never.

To kick things off...


"Although the Persians regard the abduction of women as a criminal act, they also claim that it is stupid to get worked up about it and to seek revenge for the women once they have been abducted; the sensible course, they say, is to pay no attention to it, because it is obvious that the women must have been willing participants in their own abduction, or else it could never have happened."

I'll admit this didn't really take off for me until the latter part of Book One. At the point of Cyrus's strike against the Assyrians at Babylon is where my interest started to perk up (though not to the point of ravenous reading. It's still slow going, for me anyway).

The description of Babylon and the temples made me envision a beautiful and rich city. What I really found interesting was the queen Nitocris. Her strategic diversion of the Euphrates River, and her building of the embankment, as a defensive system against invasion, was genius. Also, her clever tomb built over the busiest city gate as a trap for future invaders. A very cunning queen indeed.

Next, Cyrus set his sights on the Massagetae. What I found most interesting about these people were their custom of relatives sacrificially killing a loved one when they became very old, along with some livestock, stewing the meat and eating it. This form of ritual cannibalism was considered an honorable way to die (whereas anyone dying from illness were not eaten, but buried in the ground). I couldn't help but think that perhaps these Massagetae were the inspiration for Anne Rice's twins in The Queen of the Damned, who were of an ancient race condemned by the Egyptian queen for their cannibalism of their dead loved ones. Herodotus talks about another part of the story of Helen and Alexander (Paris) which Homer omitted from the Iliad. In this version, Alexander is forced to sail to Egypt and is greeted less than considerately because his stealing Helen from Menelaus is considered an "unholy deed." Supposedly, Homer found this story not suitable for an epic poem.

I found the timeline of Egypt and its kings very interesting. I thought I knew a fair amount about the kings of ancient Egypt, but it seems possibly not. I plan to do more research on the Egyptian kings mentioned. I've always found ancient Egypt very fascinating.

In this book, the strategic overthrow of the Magus by the seven conspirators, including Darius, was the standout for me. I believe this was a cunning move by Darius to become the Persian ruler.

Darius said this to his co-conspirators when they were plotting the overthrow:


"Where a lie is necessary, let it be spoken. Our objective is the same whether we use lies or the truth to achieve it. People lie when they expect to profit from others' falling for their lies, and they tell the truth for the same reason--to attract some profit to themselves or to gain more room to manoeuvre in."

Otanes, one of the co-conspirators, basically advocating for a democracy. Of course, he was voted down, but "Go him!"


"It is my view that we should put an end to the system whereby one of us is the sole ruler. Monarchy is neither an attractive nor a noble institution. You have seen how vicious Cambyses became and you have also experienced similar behaviour from the Magus. How can monarchy be an orderly affair, when a monarch has the licence to do whatever he wants, without being accountable to anyone? Make a man a monarch, and even if he is the most moral person in the world, he will leave his customary ways of thinking. All the advantages of his position breed arrogant abusiveness in him, and envy is ingrained in human nature anyway."

He goes on, but the meaning is there. This was the reason George Washington did not want to be a monarch, and why the founding fathers decided against it when we became a nation. Too bad certain people would like it to be a monarchy again (American history, 2016 to present).

My final observation in Book Three...the science really was not sound. Egads. Case(s) in point:


"...a lioness gives birth only once a lifetime to a single cub, because she expels her womb along with the cub. The reason for this is that while the cub is in the womb it begins to move around, and since its claws are far sharper than those of any other animal it scratches the womb, and eventually, as the cub grows, it rips it to shreds, until by the time is is due to be born the womb has been completely destroyed."

What exactly were winged snakes?

So, what did I miss? Did you find other aspects of the three books equally interesting? Are you struggling with the read, as I am?